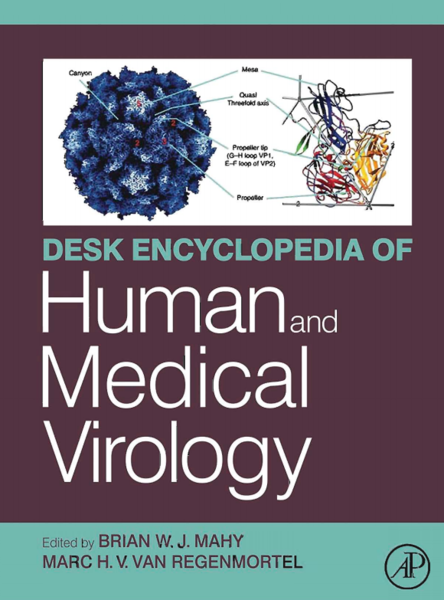 The Desk Encyclopedia of Human and Medical Virolog y is the second in a series of four volumes that reproduce many of the chapters in the third edition of the Encyclopedia of Virolog y , edited by Brian W J Mahy and Marc H V van Regenmortel, published by Academic Press/Elsevier 2008. It contains 81 chapters that relate to human/medical virology. The first section includes 42 chapters that describe general features of common human viruses, and this is followed in Section 2 by five more specialized chapters related to HIV/AIDS. In Section 3, there are 23 chapters describing exotic virus
infections, including one now-eradicated virus (smallpox) and some now controlled by vaccination, such as yellow fever. Section 4 includes seven chapters describing some viruses that have been associated with oncogenesis, and Section 5 contains four general chapters of interest to medical virology.